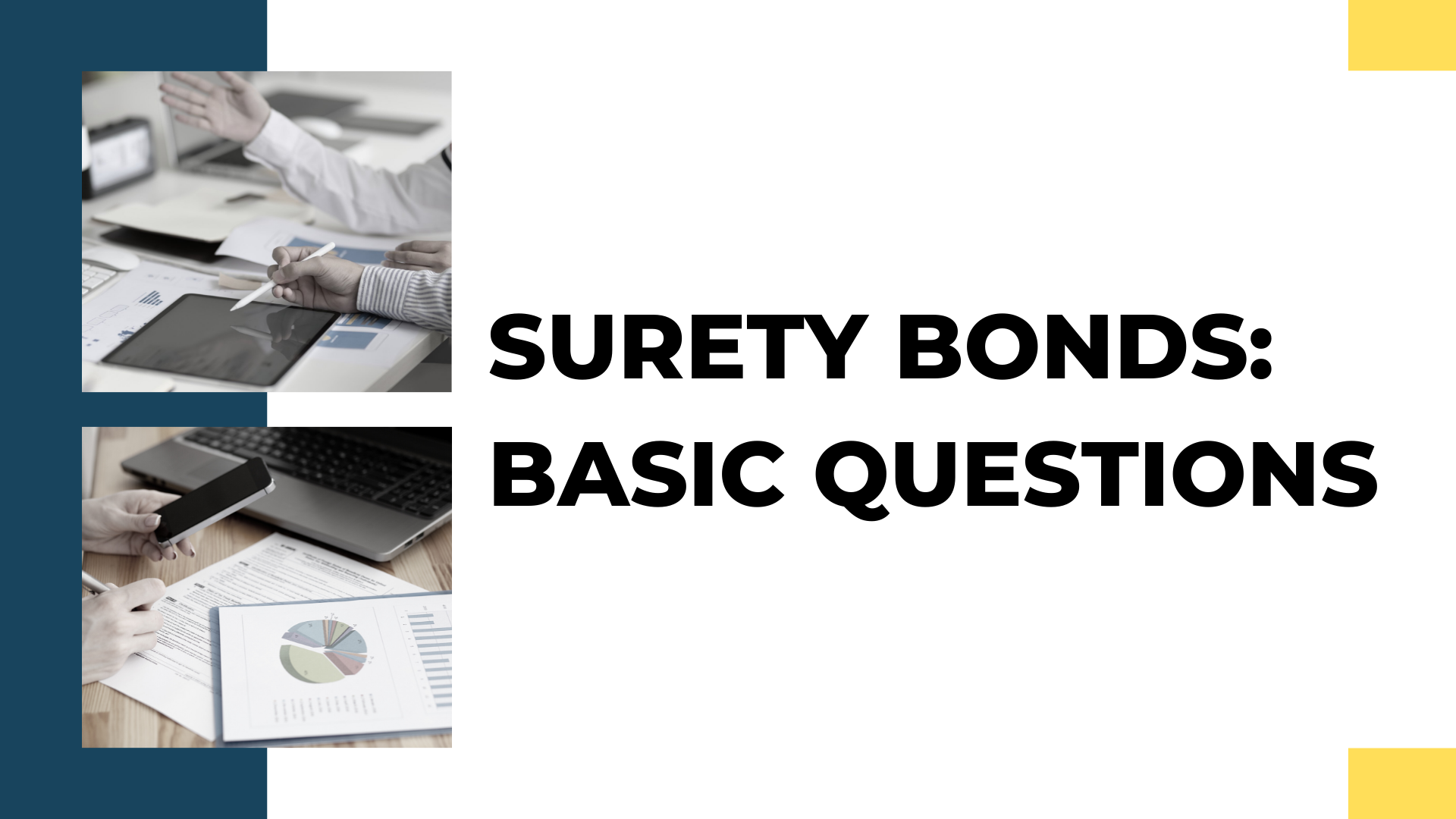 What is a surety bond?

A surety bond, also known as a contract bond or performance bond, is a written agreement between three parties: the principal the person who has entered into an arrangement to perform some kind of work, the obligee who requires the security and is usually the owner of the work to be completed and the surety. The main purpose of such a contract is to ensure that if the principal fails in their obligation under this contract, they will compensate any third party financially for any loss incurred.

The three parties sign a contract with clear wording so all understand the terms involved in the agreement. The specific details of the agreement are listed clearly to avoid any misunderstandings or disputes in the future.

This contract is then filed with an issuing agency who secures it before it can be presented to either party for signing, this prevents changes being made after it has been signed by both parties usually through a notary public, and forms part of evidence should there be a dispute further down the line.

How do I know I need a surety bond?

There are many different reasons why someone would require you to have a bond in order to conduct business with them. For example, some states require all contractors doing business within their borders to carry bonding in order to protect homeowners against financial losses in case of contractor bankruptcy or incompetence.

Other businesses may require bonds when dealing with insurance companies in case they need to pay out money on claims and go out of business. There are many reasons why an obligee may require a bond but the most common are listed below:

1) You have access to someone else’s money or property. For example, you are acting as a trustee for an estate holding assets until they can be distributed to beneficiaries at some point in the future.

2) You handle large amounts of cash on behalf of another party, such as a bank that is loaning you money using your house as collateral.

3)  The nature of your business has elevated risks associated with it, such as where you provide specialized services which could result in significant losses.

Is a fidelity bond the same as a surety bond?

A fidelity bond is one in which an insurance company or other F&DC underwrites a policy on behalf of another organization the principal and promises to pay any losses caused by fraud, dishonesty, or illegal acts committed by its employees. The principal can be any business entity including partnerships, corporations, associations, trusts, and non-profit organizations.

Surety bonds are part of a broader category called “surety” bonds, which protect principals from loss due to the failure of some other party to perform as promised (that is, breaching a contractual agreement). Fidelity and surety bonds are both types of guarantees. A guarantee bond can be defined as “a promise by a third party to assume responsibility for the debt or default of another”.

Both fidelity bonds and surety bonds are guarantees that the insured will satisfy its obligations under whatever contract it enters into. However, there is one key difference between these two types of bonds: surety bond contracts are based on the principal entering into an agreement with a third party the insurer who agrees to pay any losses if the principal fails to meet its contractual obligations. Fidelity bond contracts are entered into directly by the insurer who must pay for any financial loss caused by criminal acts committed by employees.

Why can’t I just buy insurance?

But while the mandate requires that everyone have a policy, it doesn’t mean buying one is easy. There are different kinds of policies out there with varying degrees of access to doctors, hospitals, and prescription drugs.

Plus, figuring out what kind of plan will best fit your needs can be difficult you want something that won’t break the bank if you end up needing tons of medical attention (but still covers enough to make you comfortable. So before you buy, here’s what you need to know about private individual health insurance.

Are all surety bonds the same?

As you can see, all these types of bonds do have a lot of differences from each other. Before you get any bond, make sure that you’re going to choose one that’s suitable for your needs and that will give you the coverage that you want no matter what.

This site uses Akismet to reduce spam. Learn how your comment data is processed.